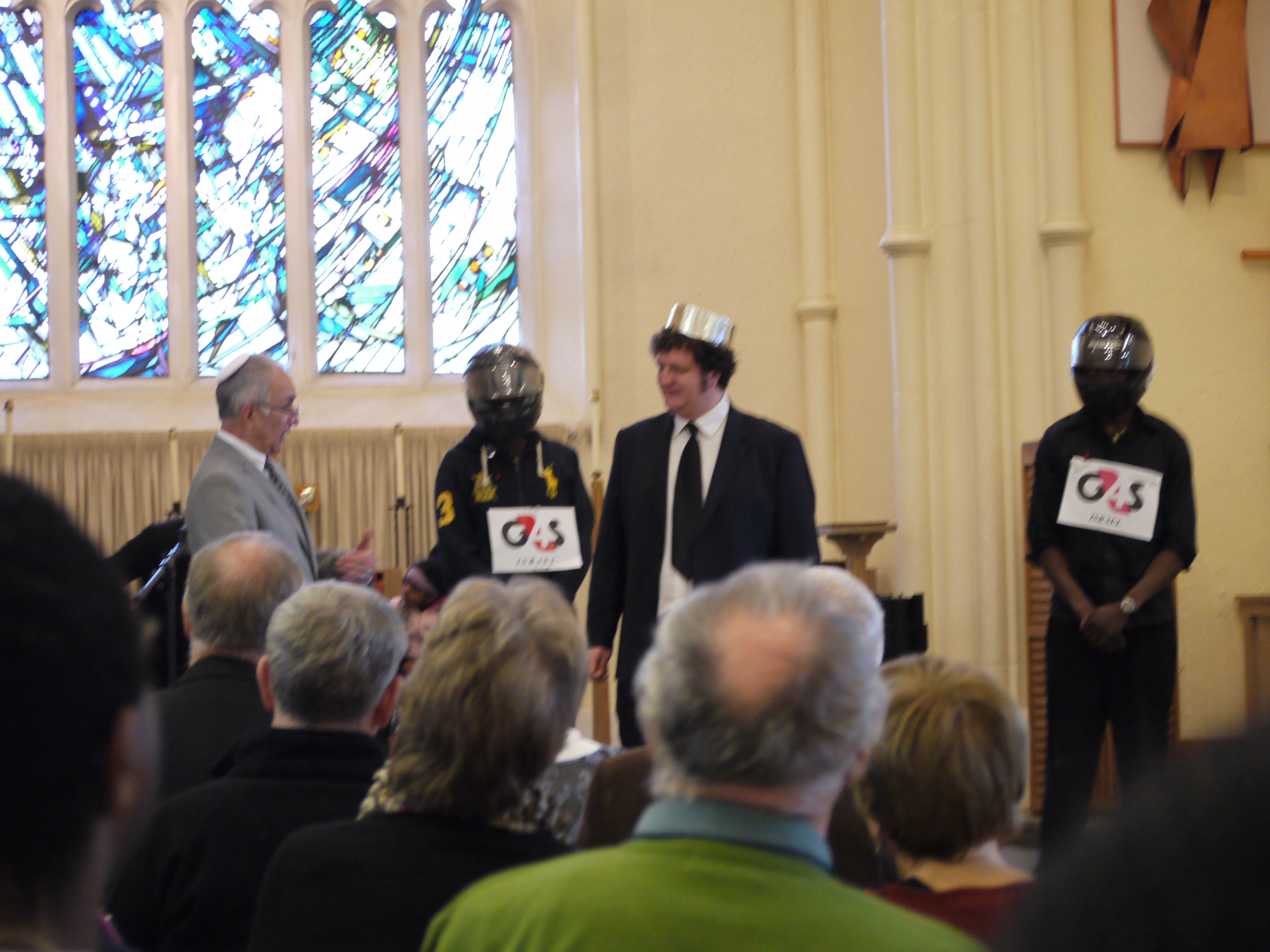 The security firm G4S made a surprise appearance at the annual ASSIST carol service where they appeared as bodyguards to King Herod. In an updated version of the nativity story created by ASSIST stalwart Robert Spooner the congregation was also surprised to hear that the Sheffield-based charity had a new branch in Egypt, where Mary and Joseph were helped during their flight to safety.

There was standing room only at St Mary’s Church for the event where parts in the nativity, including a well co-ordinated camel, were played by some of the people who’ve been helped by ASSIST – Asylum Seeker Support Initiative Short Term.

Congratulations to all involved and for the continuing and vital work of that amazing group of volunteers who do so much to make Sheffield a real and living City of Sanctuary.