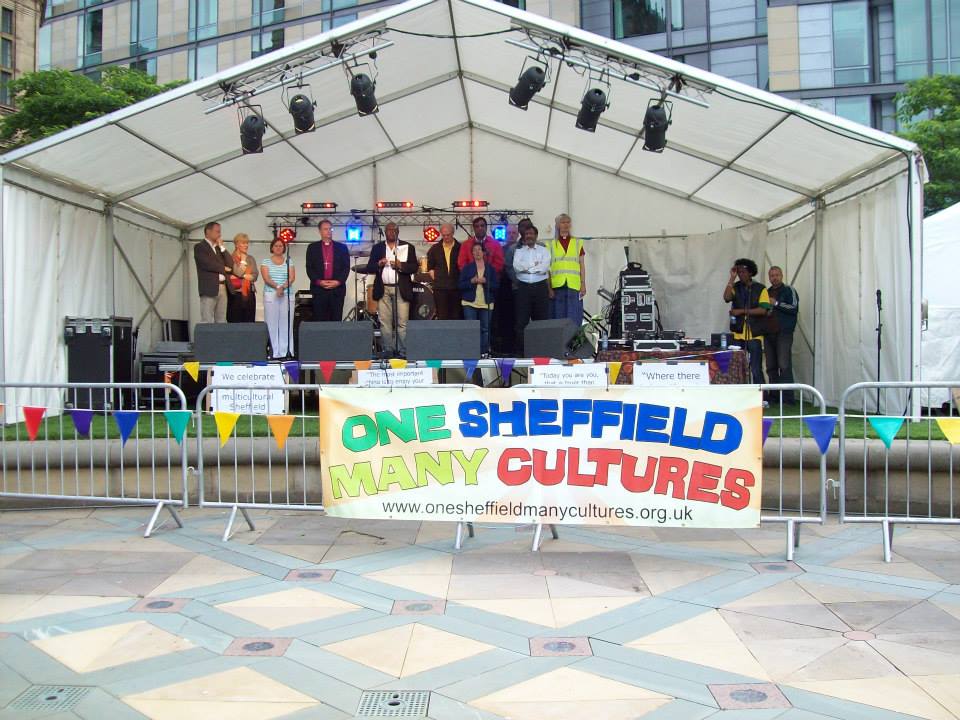 Hundreds of Sheffielders crowded into the Peace Gardens at the weekend to show their support for all the different cultures living peacefully side by side in the city. The event was organised by One Sheffield Many Cultures in collaboration with Peace in the Park to create an alternative focus while members of the English Defence League laid a wreath at the War Memorial in Barker’s Pool.

Representatives from the City Council, Parliament, the European Parliament, Muslim, Christian, Buddhist faiths and City of Sanctuary Sheffield launched the open air concert with speeches declaring support for the city’s proud history of welcoming strangers. Afterwards music and dance performers from all over the world took to the stage in a seven hour display of unity and solidarity. The event was funded by Sheffield City Council.