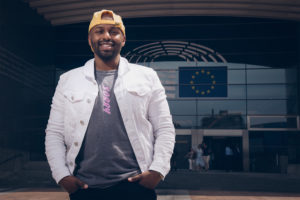 Magid Magid is a race & climate justice activist. Born in Somalia, he came to Sheffield as a refugee with his family when he was five. He was the youngest ever Lord Mayor of Sheffield and was also a Member of European Parliament representing Yorkshire & the Humber. He is the author of ‘The Art of Disruption: A Manifesto for Real Change’. Magid was named one of TIME’s 100 rising stars shaping the future of the world. Magid is also a custard connoisseur.

Hasnain is a medical student at the University of Sheffield. He was the President of the Sheffield MedSoc 2020-21, the largest society at the university, representing approximately 1,500 medical students. He led a South Yorkshire Covid-19 medical student volunteer scheme where over 200 students volunteered in hospitals, GPs, hospices and babysitting services for NHS staff, supporting vaccine efforts across the region. He has a clinical interest in Burns and Plastic Surgery and has academic interests in leadership and management, medical education, and research. He also has an interest in, and experience of, health policy development. 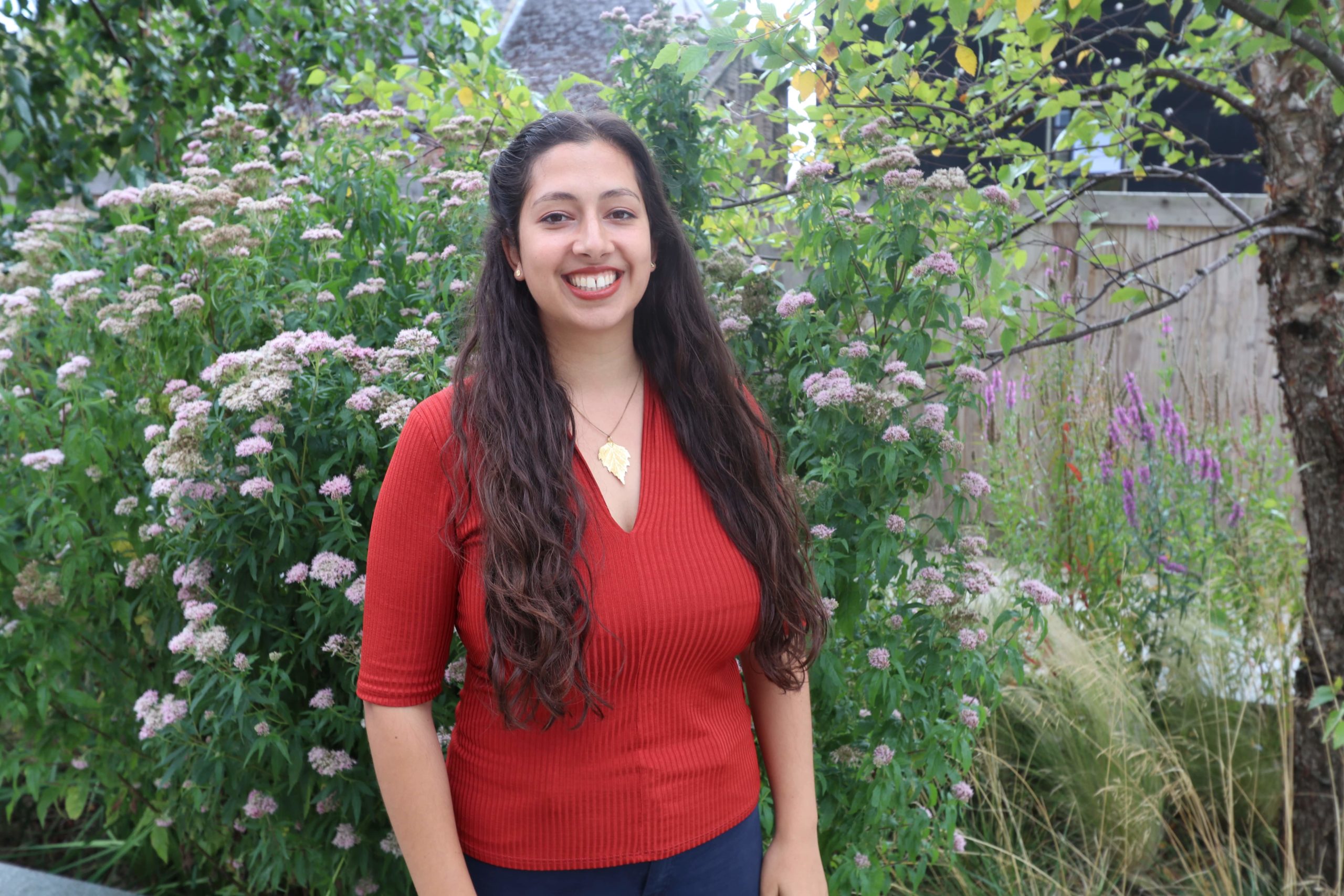 Andrea Antoniou is a doctoral researcher in refugee studies. She holds a BA in English Literature and a Master’s degree in Intercultural Communication and International Development both from the University of Sheffield. She is currently a PhD student in the School of Languages and Cultures and Urban Studies and Planning at the University of Sheffield, researching the power of intercultural dialogue to create a sense of belonging in refugee camp communities in Greece. She also has interests in migration and cultural policy, having worked at the Small Planet Institute (in Cambridge, Massachusetts) on developing a culture of welcome, renewing democracy and supporting human rights in the American context. She has also worked as a Greek language teacher and a Scout leader in two Greek refugee camps. 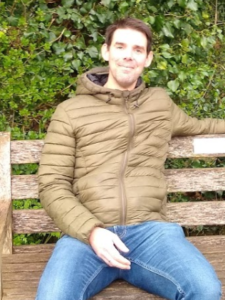 Tom became a  trustee at COSS in February 2020. He is a manager at the Department of Work and Pensions (DWP) Head Office in Sheffield where he’s worked since 2001. Tom is a statistician, and manages teams of analysts; his current job is Head of Business Strategy Analysis; using analysis and evidence to shape DWP’s future strategy. He used to be a Teacher of English as a Foreign Language in Japan, and as a volunteer TESL teacher in Sheffield. He is married with 2 children; twins aged 15. He likes sport, particularly football which he still plays once a week and is a Portsmouth supporter—they used to be good, but aren’t any more! 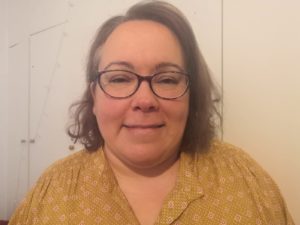 Mariam currently works as an interpreter. She has volunteered with ASSIST Sheffield since 2014 and manages the interpreting team there.  She has also previously worked as an advocate with Northern Refugee Centre and speaks fluent Arabic. 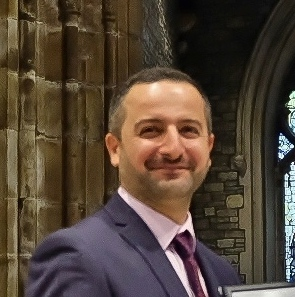 Firas is from Iraq. He is a City of Sanctuary Sheffield (CoSS) volunteer, welcoming, registering and sign posting people coming to the Victoria Hall Wednesday drop-ins. As a founder member of the Open Kitchen Social Club, he leads a team providing meals at events and regular Tuesday lunchtimes at the Sanctuary. 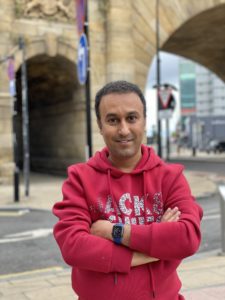 Nabil has dedicated 13 years to the employment field to supporting people to be where they wish to be in the labour market. Through giving information, advice and guidance he has seen positive and successful progress with a lot of clients we deal with. Nabil works for the New Beginnings project as an ‘Employment Advisor’ and believes his role is not just to find people jobs, but is all about supporting them to be able to start a “New Beginning” themselves in the UK and be as independent as possible. 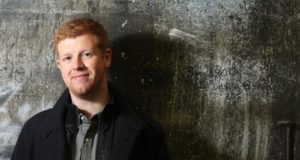 John is a founding member and Company Director of Stand and Be Counted Theatre, the UK’s first Theatre Company of Sanctuary.

He is the Producer at Sheffield Theatres, one of the UK’s most prominent producing theatres and largest complex outside of London. He is a Senior Manager, responsible for the management of all production staff, in-house productions and artist development.

John is an established producer who is an expert in producing large-scale community productions, community practice & talent development. He has a first class BA (Hons) degree in Media and Performance from The University of Salford. 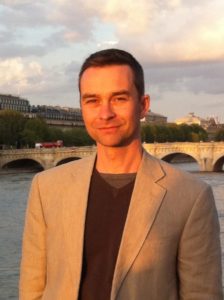 Craig currently works for ASSIST Sheffield, a local charity that supports destitute refused asylum-seekers, as the Volunteering Coordinator for a team of over 300 volunteers. Previously he has served as Director of Hlekweni Friends Training Centre in Zimbabwe, and he was the co-founder and National Coordinator of the City of Sanctuary movement from 2005-2010. 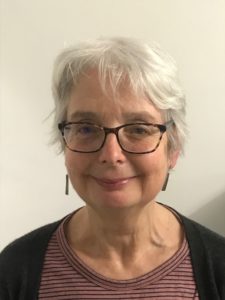 Tina is a retired Consultant Clinical Psychologist who held a number of senior roles in the course of her working life, including Clinical Director (Learning Disabilities) and Director of Quality for Sheffield Health and Social Care NHS Trust.  She maintains an interest in health issues, especially psychological health and wellbeing.  She is also currently a Governor of Fir Vale School, Sheffield. 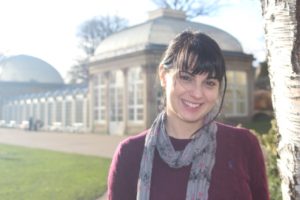 Angela has been a Trustee of City Of Sanctuary Sheffield since July 2017. Before becoming a trustee for COSS she was a Trustees for Sheffield Philharmonic Chorus for 15 years, five of which as Finance Officer. Angela currently work as Finance Manager for Sheffield Royal Society for the Blind and was previously a Secondary school teacher for 16 years. Since May 2019 Angela is also an elected Councillor at Sheffield City Council.